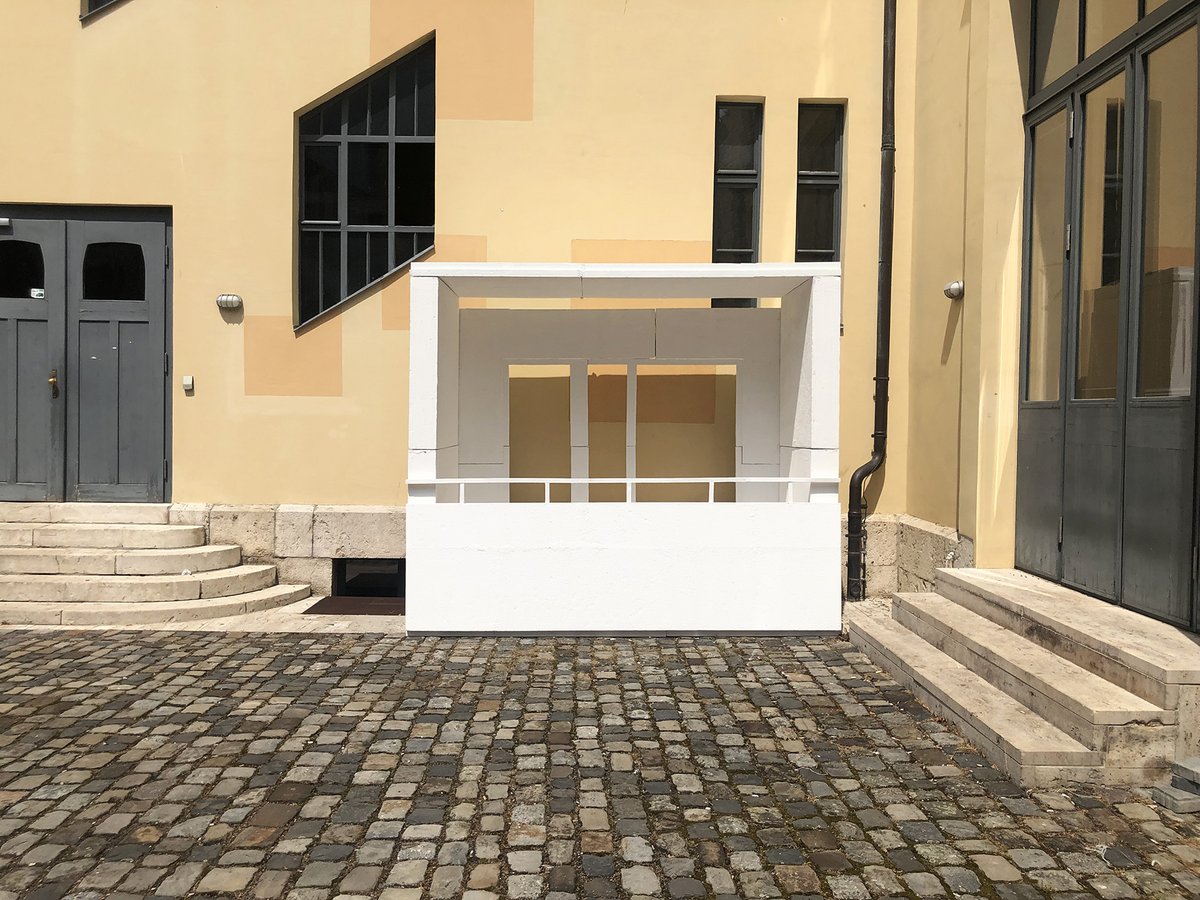 WEIMAR IN WEIMAR investigates the relationship between people and architecture by moving a one-to-one scaled replica of a building facade element found in Weimar-Nord, one of the first GDR housing projects in town, around the historically well-preserved city. During the housing crisis after WWII architects and urban planners built new neighborhoods in a fast and efficient way using new production methods. However, in their monotony these new areas often became disconnected from the city centers and led their inhabitants to turn toward private rather than public spaces in order to express themselves. The planning process was criticized as inhumane by many and became one of the biggest points of criticisms of the modernist movement in architecture.

By moving the cast around the city, the artist aims to questions the city’s literal and metaphorical boundaries and to recreate the uncanny atmosphere of this part of town that escapes the idea of many of what Weimar is supposed to be. By means of defamilarization the artist draws attention to how the remnants of modernist architecture have been positioned within the city context over the course of time, a process that has created what is almost a city within the city.

GORKO GAMES
WORKS
FOR THE SAKE OF WHOM