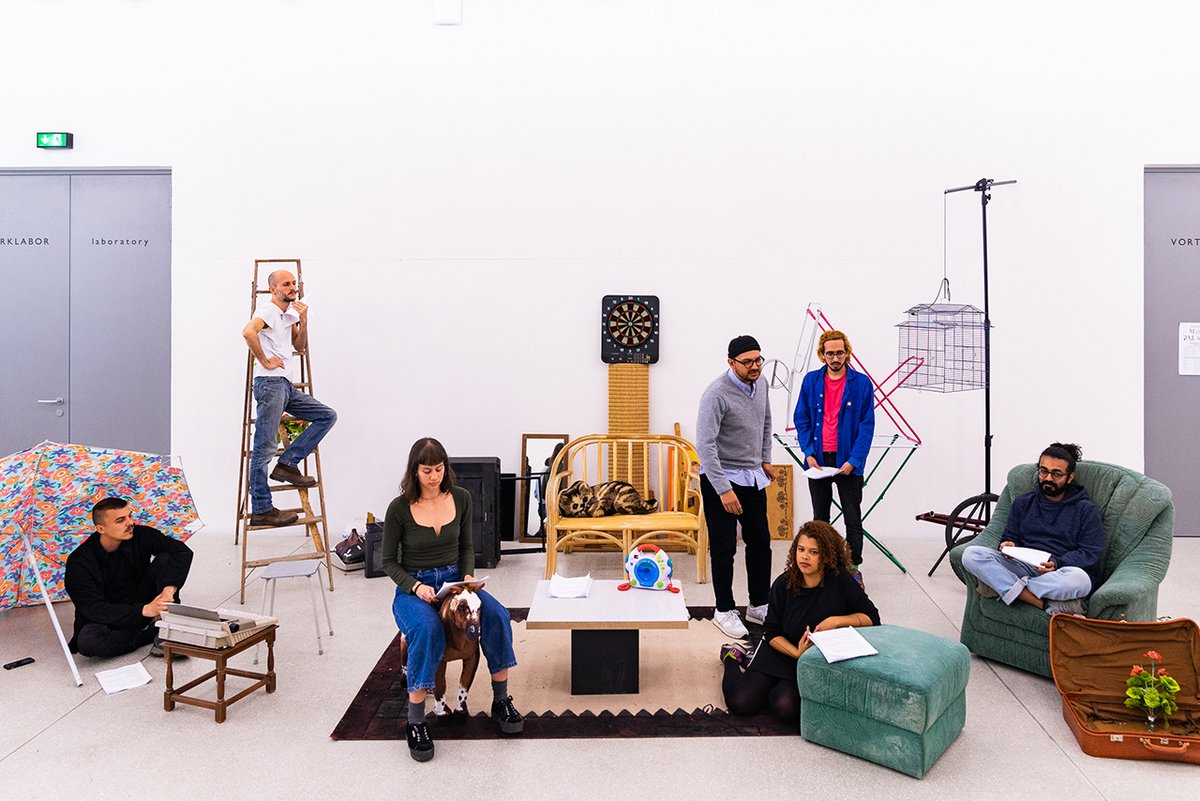 During the performance, a manifesto is read that has been created specifically for the opening event. Including statements that address personal views, hopes, (dis)beliefs, daily routines, counter-utopian declarations, as well as a long list of “isms”. All of these are connected by a general assertion on how each artist takes on responsibility for their own affirmations exclusively on their own behalf.

The seven performers execute an endless reading of a long text, giving the speech a personal rhythm and tone depending to the person who is interpreting one part or the other. The long duration of the performance along with the repetition of specifically selected sentences, lend the speaking a quasi-mesmerizing cadence, meanwhile giving the audience the opportunity to focus on the contents, despite the general feeling of tedium.

In anticipation of the performance, a series of posters was put up around Weimar. Each poster contains short sentences extracted from the original manifesto, acting as a call for participation to the public performance and at the same time giving citizens clues about the performance. Both the black background of the poster and the choice of the font convey a straightforward image and message, as the selected typeface Frutiger was chosen for its clarity and high legibility from both a distance and close up.