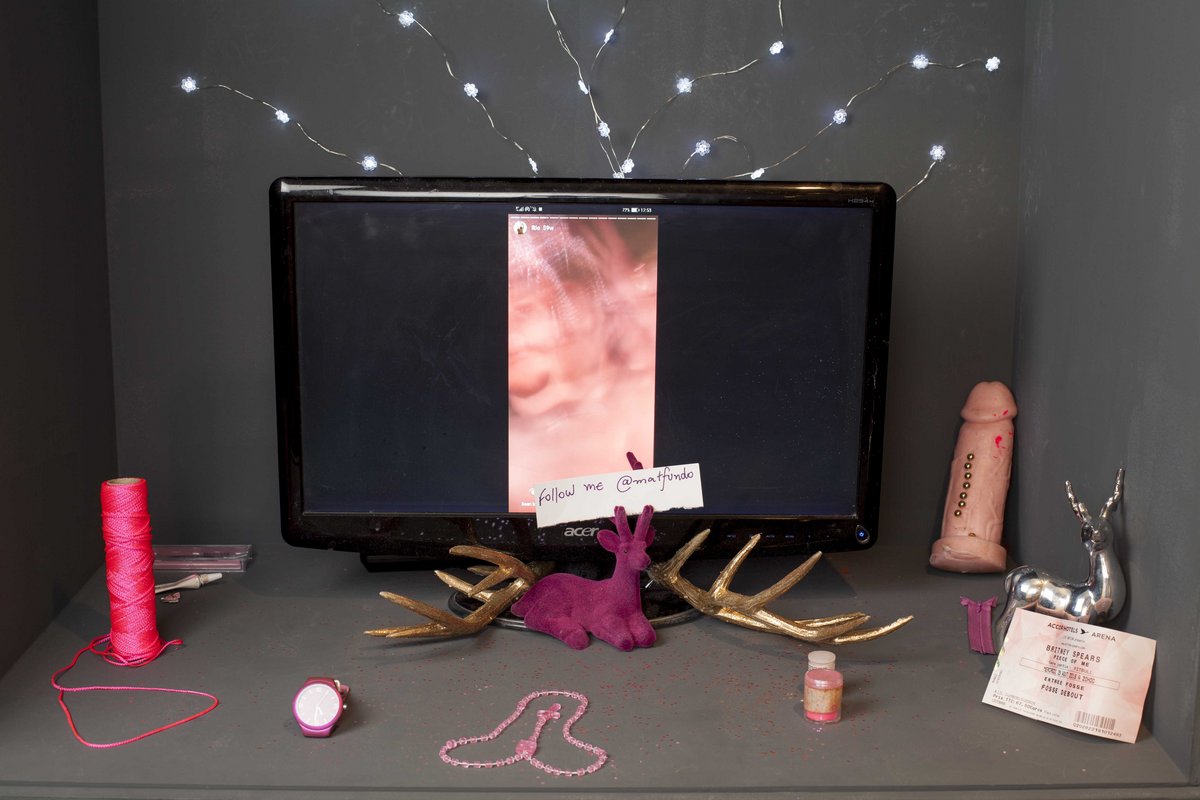 In a series of Instagram micro performances, the artist, who goes by @matfundo, celebrates queer resistance and LGBT communities. Employing the medium and visual language of social media, especially the selfie, he shares his life with his followers online, completed with an installation of personal objects at Schiller Museum. Originally from Brazil, the democracy with the highest death rate of LGBT people worldwide, sharing, performing and advertising his existence is not just a way of self-reflection but rather a political affirmation in a hostile environment. Inspired by the concept of “dar close” or “the act of getting the crowd’s attention in a grand finale”, prominent in pajubá, a dialect used by the Brazilian LGBT community to communicate among themselves, the micro actions also serve as a way to deconstruct the gender binary. In the face of animosity, the simple act of living can be of utopian dimensions.

MY IDENTITY IS A KNIT IN PROGRESS
WORKS
I COME FROM…