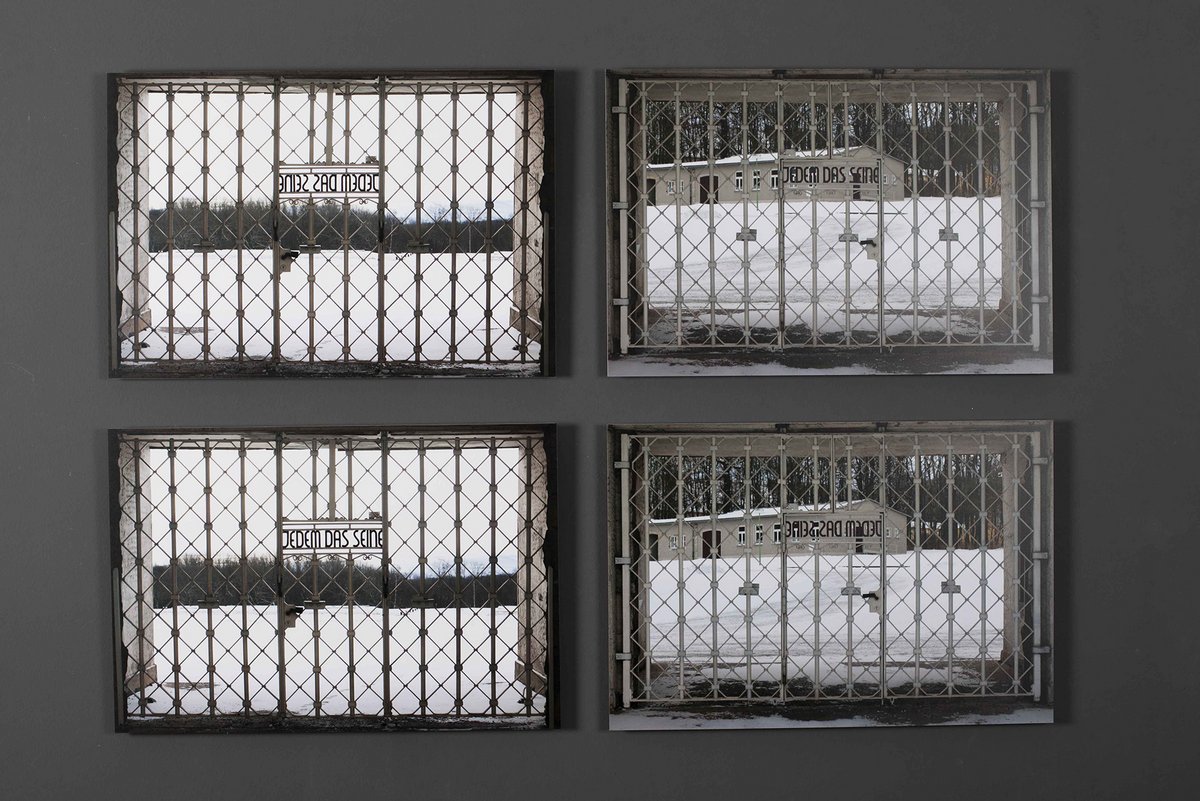 The inside of the gate of former Buchenwald concentration camp famously bears the inscription “Jedem das Seine” (“to each their own”). For the project, the artist planned a performative action in which the gate was supposed to be taken of the hinges and rotated, so that the inscription would have faced the opposite site thus becoming legible when entering the camp from the outside. By turning the position of the inscription, it would have been placed into the context of the outside world and opened up to new interpretations. The proverb, originally intended as a simple and memorable guidance for living, would have fulfilled its original intention by serving as a reminder now facing the free side of the former camp.

As a substitute for the planned two-channel video documentation of the action, which was not granted permission, the artist displays manipulated photographs that show the replaced gate inscription from both sides. The work is a meditation on the range of meanings created by changing the context of observation as well as on the role of memory and how it is preserved.