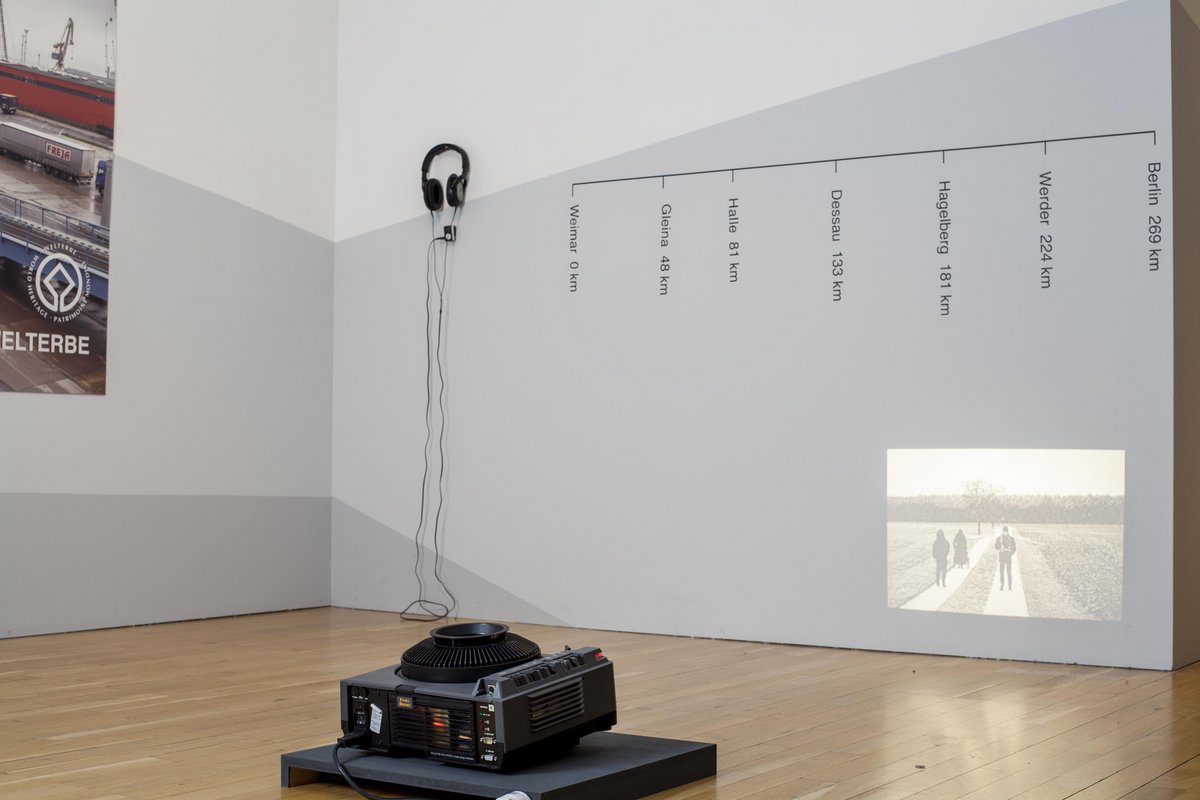 Human movements and interactions are largely pre-determined. While walking is considered reasonable for moving inside the city, it is generally assumed that one should either travel by car, bus or train in between cities. These established modes of movement and their associated costs determine the interactions people are able to have. Building on this idea, the artist together with six others walked from Bauhaus Museum Weimar to Gorki Theatre in Berlin over a period of six days. Mostly formed of people associated with Bauhaus-University Weimar the 269km long journey loosely traced the forced Bauhaus exodus during the rise of National Socialism from Weimar to Dessau to Berlin. Through the means of performance the group explores notions of flight and migration in an embodied way that subverts the social norms of movement in favor of a shared encounter.