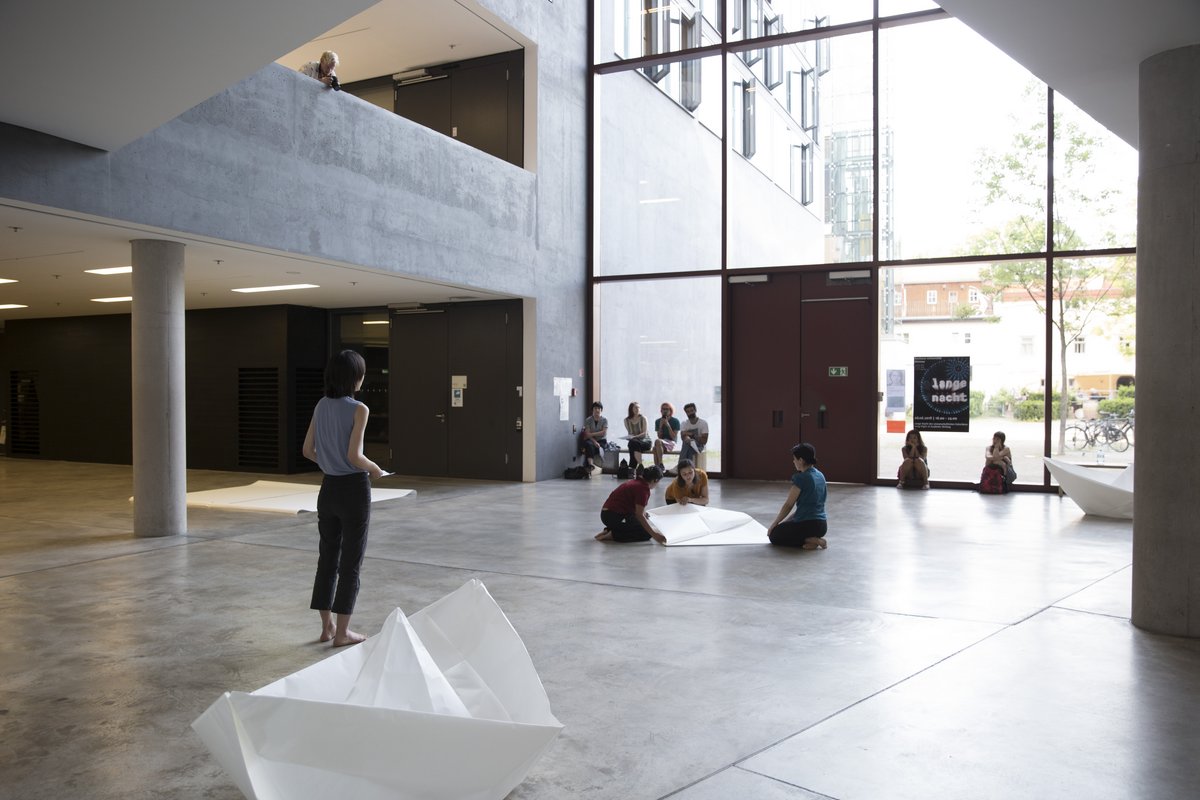 Language as a form of communication can be split into not just that of the tongue, but what body, gestures, movement, textual, visual, tactile and sounds, and so on, add to it.

In a time when we are bombarded with information and new technological developments regarding methods and formats of communication, how can we highlight the truest sense of understanding each other? In the age of diversification, how do we unify our scattered and travelled (migrated) sense of identity? The requirement to pass on and share meaning is still at the basis of understanding.

The performance Unfolding Tongues traces and investigates multiple forms of communication and its link with the recognition of belonging. The performance is symbolically divided into two formats of using language, oral and visual. Out of five participants, one will narrate a personally selected text in their own mother tongue, simultaneously the other four will subversively translate the narration into a paper object. The performers use simple movements to fold their papers in order to build these life-size, easily recognizable structures that relate to memory and experience. The objects not only represent a tangible form of perceiving communication but also act as a metaphor for language and the traces it leaves behind. This arrangement will rotate and continue until five texts, four languages have been heard and five sculptures can be seen.

The piece brings out our societal tendency to draw parallels between the spoked language (mother tongue) and the identity of the speaker. At the same time, it draws multiple bridges such as visual and textual, speaker and listener, translation and meaning, original and contorted. The performance also refers to Yvonne Rainers statement about keeping a space moving with small actions that by themselves can mean nothing but together make a complete ambience. The performance attempts to depict the fluidity and amorphous existence (flourishing) and adaptation of language.