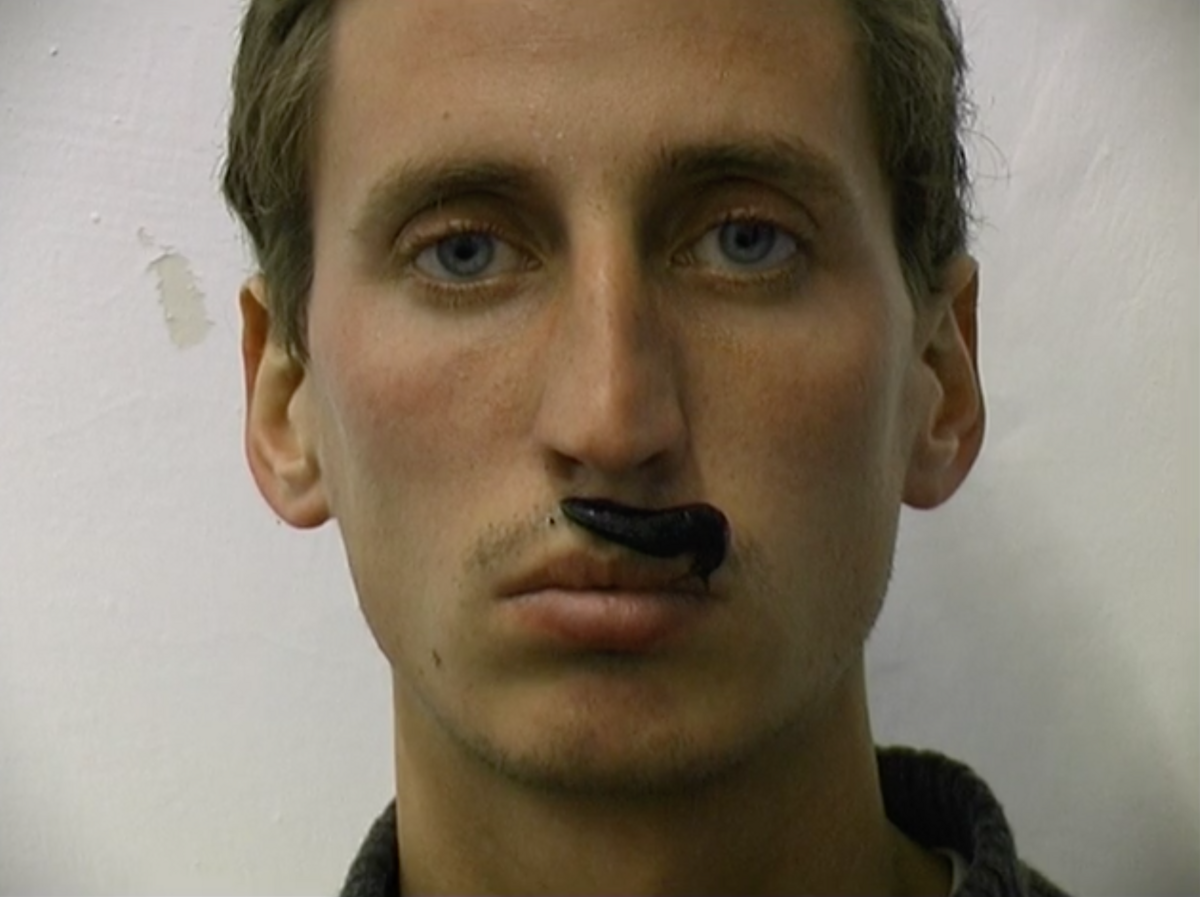 At first positioned as a moustache, a slug crawls around the artist’s face before escaping into her hair. While studying in Weimar, she became interested in how the Third Reich period is often presented as an aberration that has no legitimate place in a history where historical figures such as Goethe and Schiller are presented as true representations of German culture. Exploring notions of organic connection and legitimacy, the artist is interested in how the Nazi period is treated as an extension on top of the German ‘body’ without any organic connection between this and the rest of German history. The slug in the video acts as a metaphor of this prosthesis: at first positioned similarly to Hitler’s moustache, its movements across the face reference the blurred lines between legitimate and illegitimate German history.

I'M NOT AFRAID OF FALLING DOWN
WORKS
LOWERING OF MISSOURI RIVER