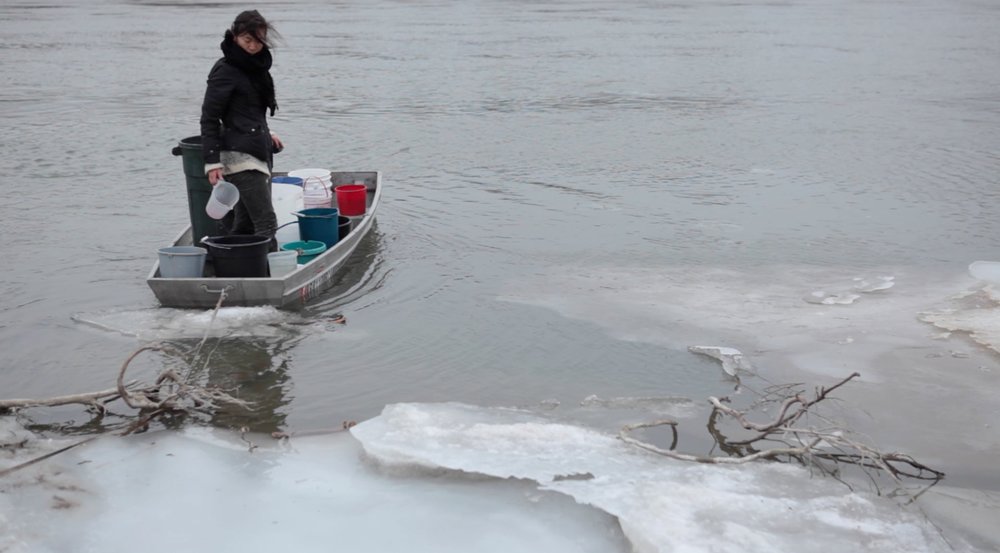 The 2011 Missouri River floods surrounded the Fort Calhoun Nuclear Generating Station and a fire caused electricity to shut off in the spent fuel pools resulting in 90 minutes without cooling which qualified as a “red event”. Cooper Nuclear Station in Nebraska is still operating although there likewise is potential danger from floods.

The temporary action LOWERING OF MISSOURI RIVER took place on December 19, 2013 along the banks of Missouri river in Nebraska City, about fifty miles away from each plant. During the intervention the artist repeatedly scooped up water from the river to lower its level in an attempt to return it to its former state.