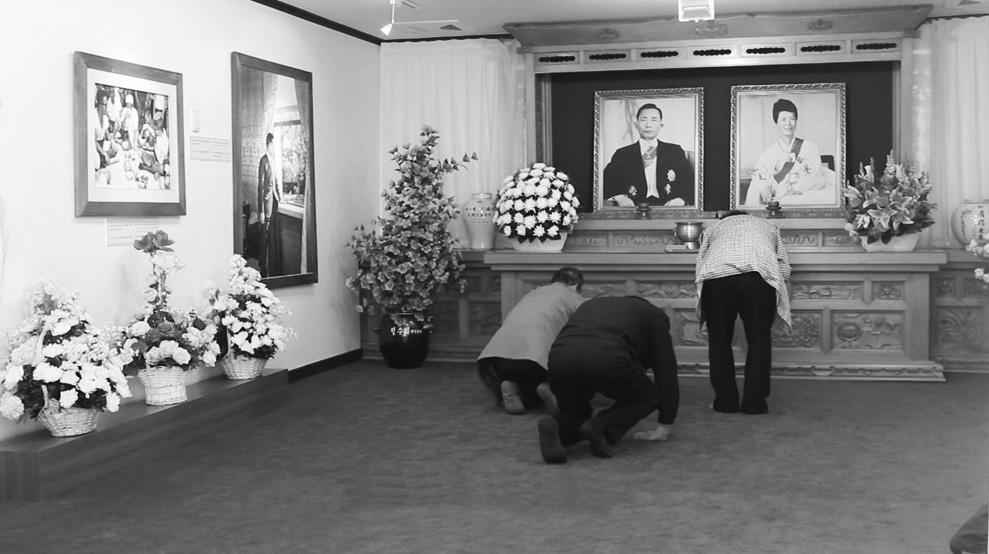 On September 27, 2012 an accident happened at the Hub Global Chemical Plant in Gumi, South Korea, and large amounts of toxic fluoride gas were released into the town. Within a two kilometers radius, five people died, eighteen people were in critical condition, and hundreds of people were treated for exposure to toxic gas. Many of the trees lost their leaves and the livestock developed respiratory diseases.

The project consists of creating green lamp shades that the artist placed in a pepper field which had dried up and changed color from green to brown. This action references the government’s superficial cover-up of the accident while trying to bring back the original character of the site. It is a symbolic attempt to turn back time, inspired by the natural change of seasons.