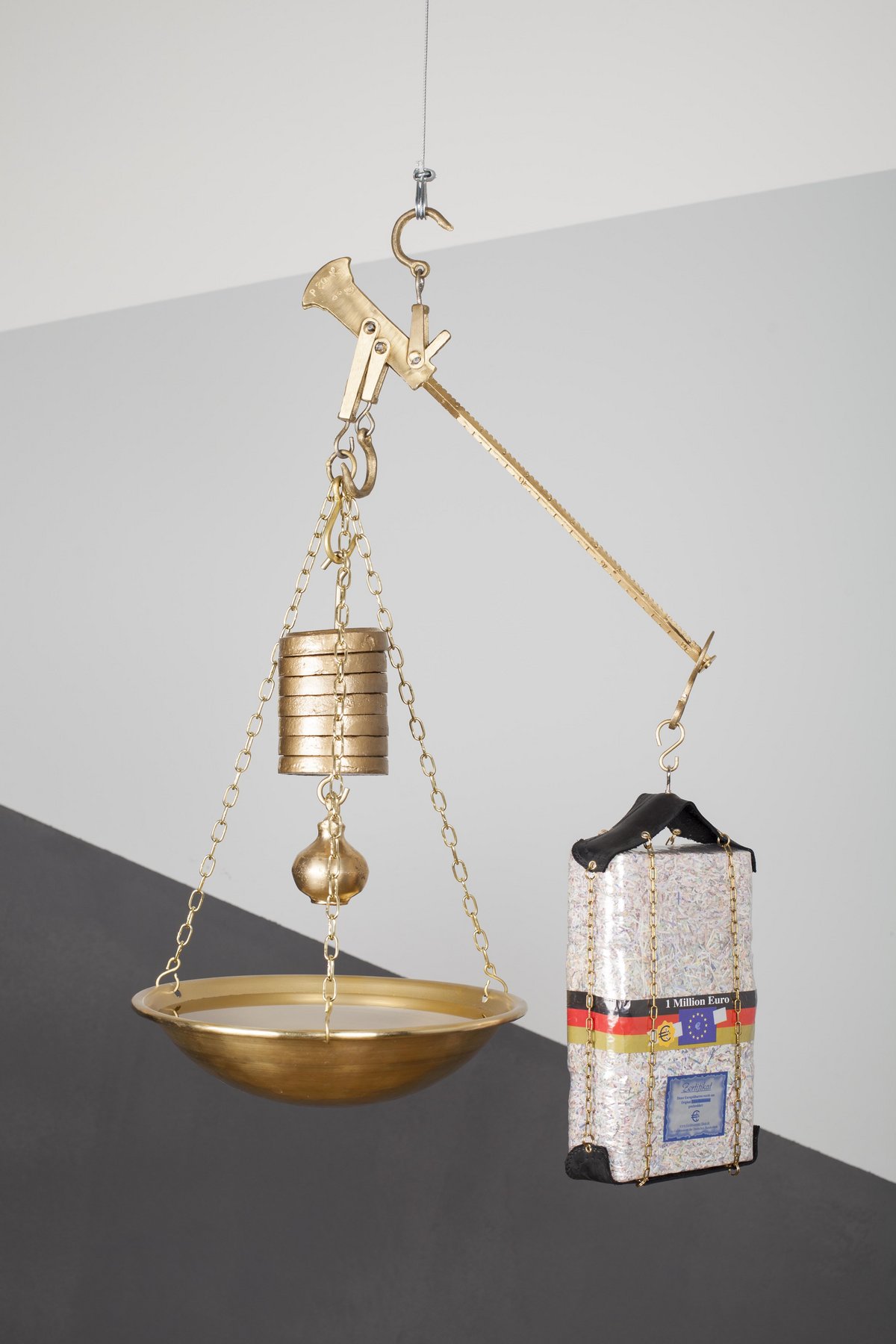 ‘The Midas Touch’ was the name of an auction held at the auction house Sotheby’s in London in 2018 that featured exclusively golden objects including artworks, furniture, a Ferrari and much more. Just like art, the extrinsic characteristics of gold and money depend on the perception of the viewer. The social and economic value of money is based on the trust we grant it - without it money would be nothing but paper sheets and digital impulses sent through the air.

What kinds of value are attributed to everyday actions in terms of money, art, human relationships and the connections between past and present? Is it still worth wondering about this?

The artist has set up an installation in order to negotiate these issues. A gold-plated steelyard balance is used as a yardstick to measure his opinions. It weighs water against a briquette of one million shredded euros bills that can be understood as either social or functional objects. The briquette was originally produced by Deutsche Bundesbank in Frankfurt. In the exhibition context it alludes to Germany’s status as the current leading economy in Europe in contrast to the period of hyperinflation and economic turmoil when the Bauhaus was first set up. By choosing Euros as a currency, the artist challenges his own status as EU citizen, weighing his origins against his European inheritance in both economic and cultural terms.

On April 16 the artist invites visitors to think about these issues in the context of a public discussion at Bauhaus Museum Weimar.