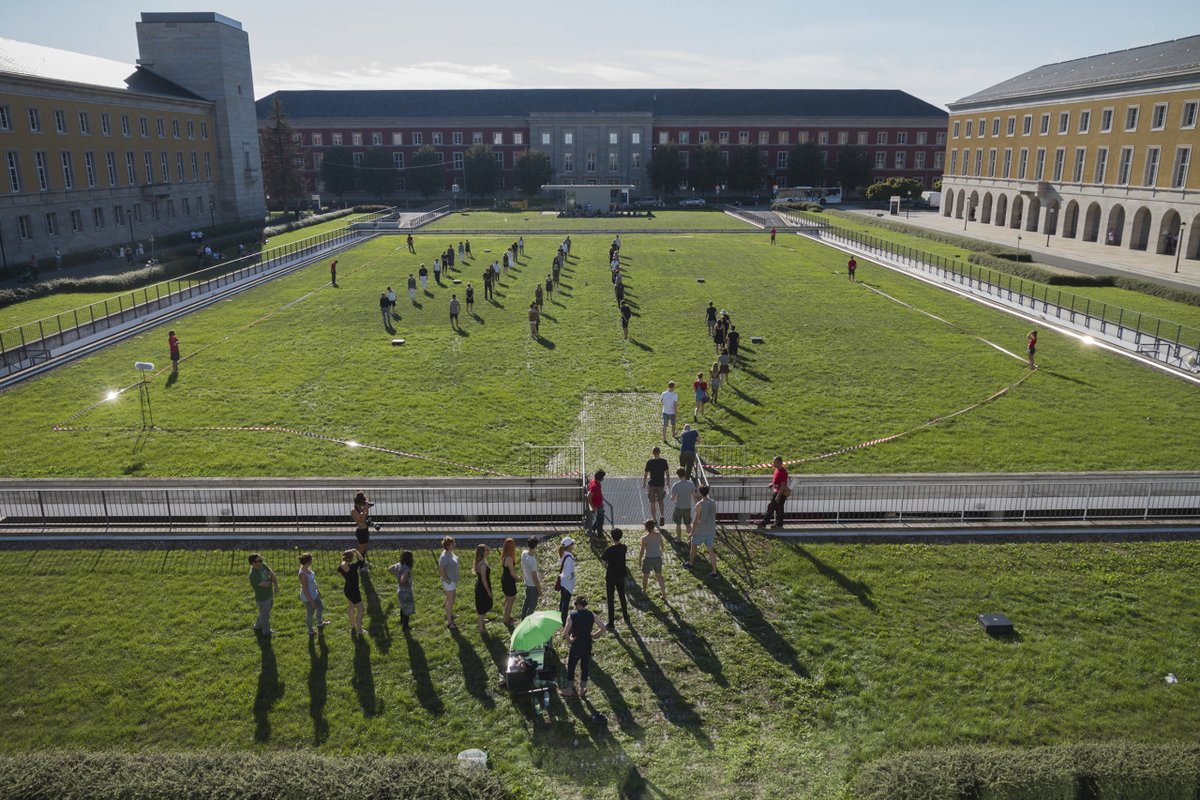 ONE SOUND OF THE HISTORIES
Isaac Chong Wai

Weimarplatz, formerly known as Gauforum, was built in 1936 as a prestige project by the local National Socialists party in Weimar. Over the years the place was renamed again and again according to the paradigms of different political regimes, until in 2005 it was turned into a shopping mall atrium and public gatherings were prohibited. For the performance the artist obtained permission to use the square and asked participants to stand in formation while telling stories about their own lives. Recounting memories from different periods of their lives the group forms a living sculpture. Their voices mingle with one another and interweave with the history of the place in the present moment. By reappropriating the public sphere and filling it with personal histories the artist comments on how perceptions of individual history can be dwarfed by larger social discourses. At the same time these voices have always been there, they just need to be listened to.

NOTHING WILL REMAIN THE SAME
WORKS
BEHIND MY BACK