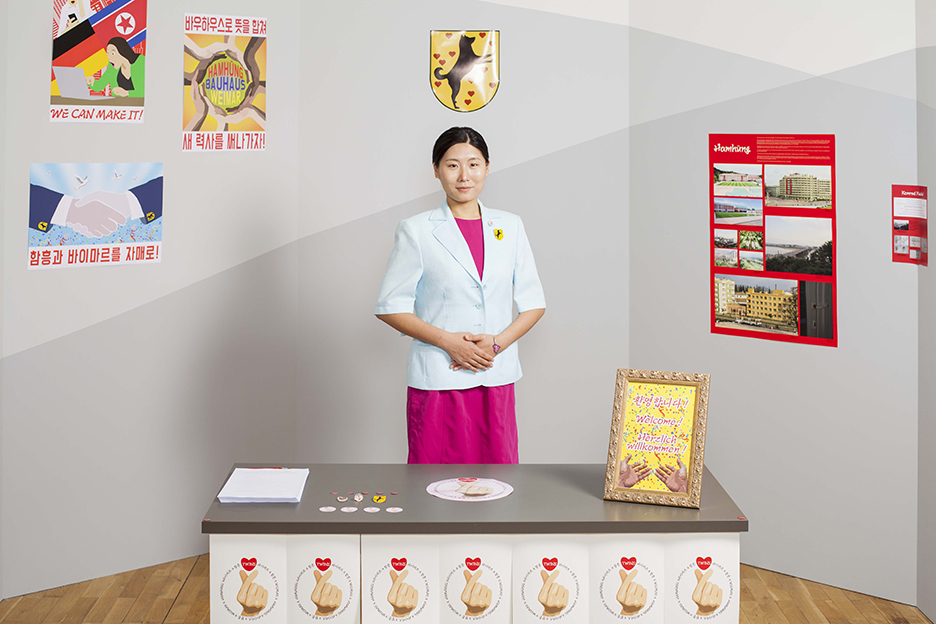 Between 1954 to 1962 a joint city reconstruction project between the GDR and DPRK took place. As a result, the North Korean Hamhŭng has a cityscape similar to some eastern areas of Germany. From 1955 to 1958 the Bauhaus architect Konrad Püschel functioned intermittently as leader of the city planning department in charge of post-war reconstruction in the cities of Hamhŭng and Hŭngnam. With this knowledge of the Bauhaus connection between the cities of Weimar and Hamhŭng in mind, the artist started a campaign to establish the two cities, Hamhŭng and Weimar, as twin cities.

Featuring a tourist agency as well as tours, dance and food events at the museum and in public space around Weimar, the documentation of all events will eventually become part of the campaign. Drawing attention to the very different contexts to which the modernist idea of progress embedded in the Bauhaus migrated, the project presents a tongue-in-cheek comment on such dynamics by the artist.