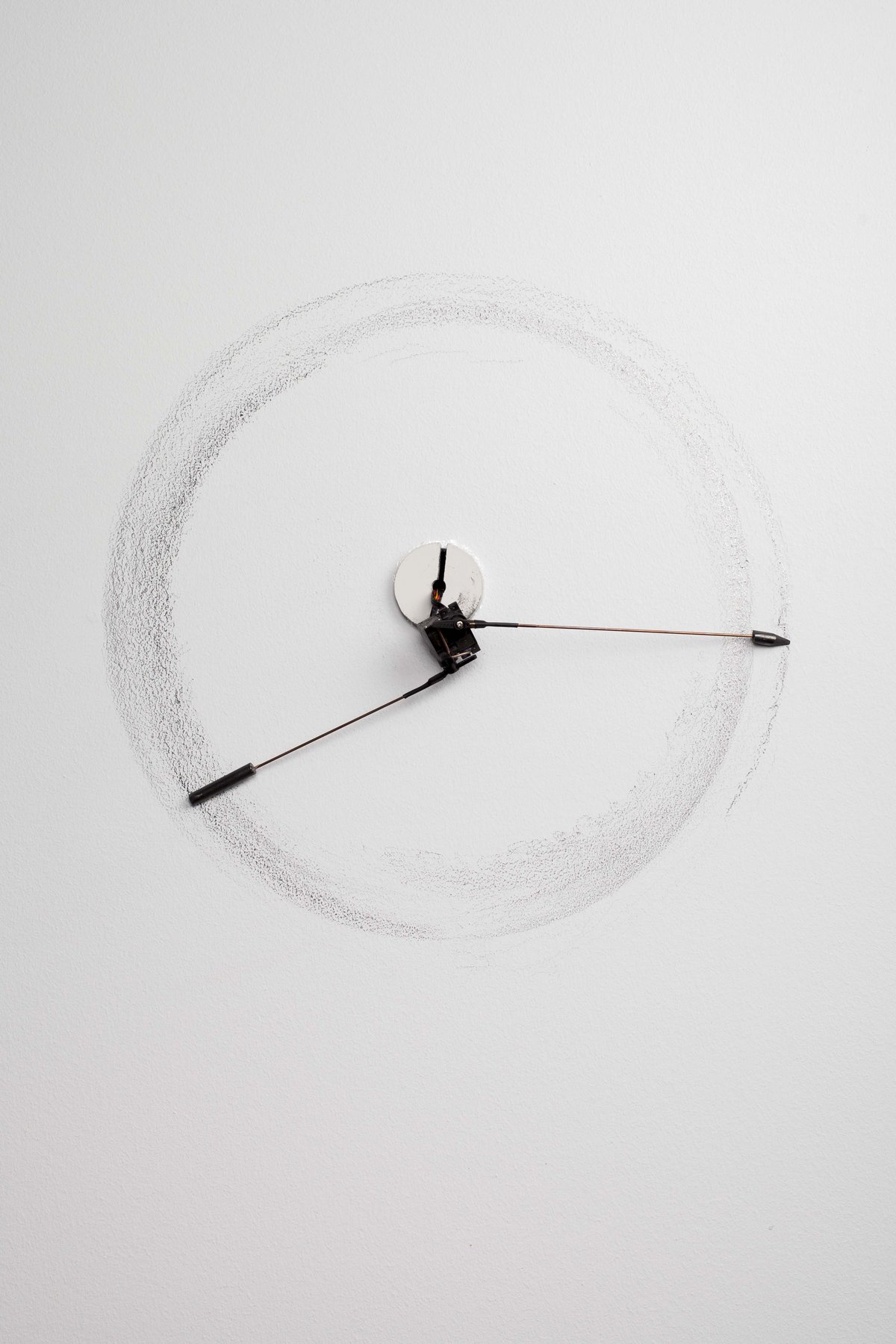 The object imitates both; the mechanism of a pair of compasses as a drafting tool used for depicting space and the functions of a clock as a tool for measuring time.

Either way, its function is disrupted. Movement and rhythm are random and hectic; each hand is moving in its own multi-dimensional path as the graphite edges leave their traces on the wall. These two linear units are trapped in their own motion, struggling to complete a circle. Exhibited alongside diagrams charting histories of migration in the artist’s own family, the object also illustrates the difficulty of connecting through time and space.

this work was realized with the kind support of: Stiftung ZURÜCKGEBEN, Kreativfonds Bauhaus-Universität Weimar, Centre for Documentary Architecture

A LINE, A CIRCLE
WORKS
IMAGINARY LETTERS TO A GRANDFATHER I NEVER GOT TO KNOW