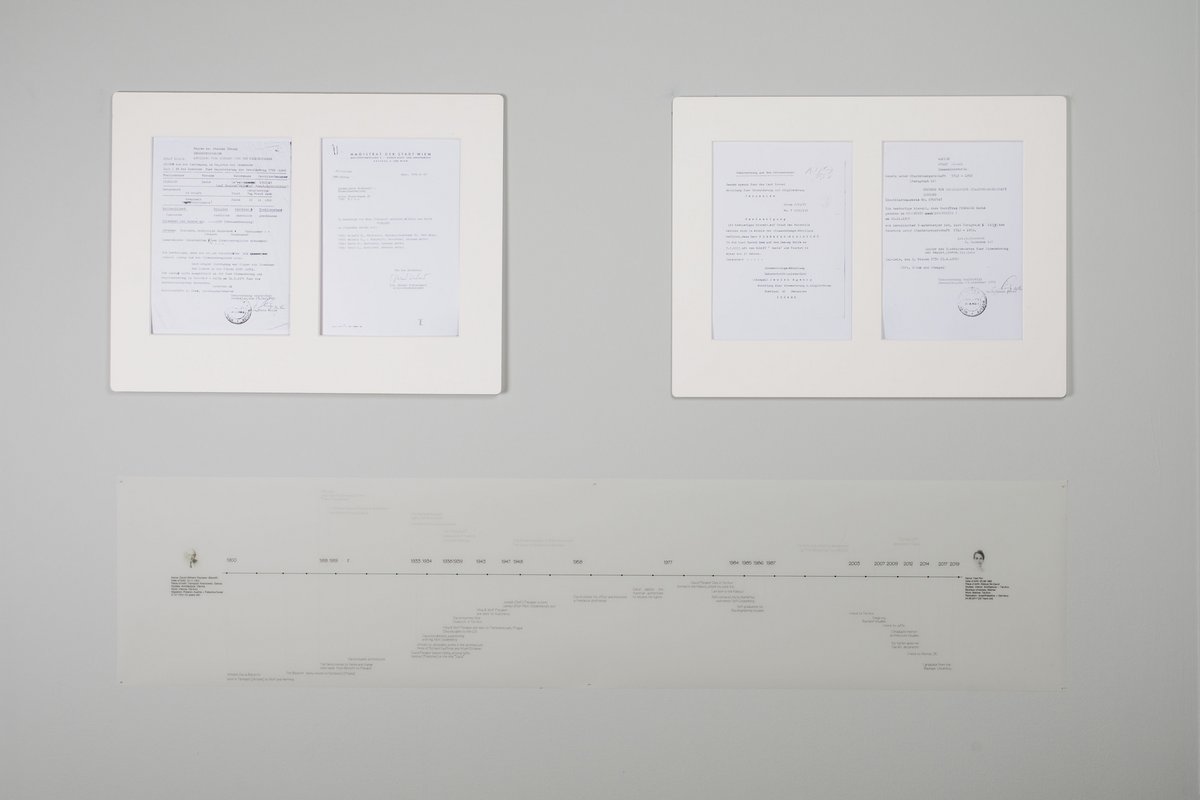 A LINE, A CIRCLE
Yael Peri

In her project A LINE, A CIRCLE the artist traces a series of biographical connections between her grandfather David Wilhelm Pienaker Bleistift, a modernist architect who immigrated from Vienna to Tel Aviv in 1933, and herself, an Israeli artist currently studying at the Bauhaus-University Weimar. Using diagrams and archive materials, the artist depicts their personal paths and highlights general tendencies of migration and displacement, of both people and ideas such as the modernist movement.

The collection of images is the result of a research process in which the artist documented the buildings Pienaker designed in Tel Aviv city center, designated as the White City by UNESCO. The diagram investigates each building’s characteristics through a set of categories and exposes architectural patterns of purity and order alongside local adaptations and decay. The artist walked the path of these buildings daily, in a cyclical routine, in an attempt to embody the movement of a pair of compasses and the rhythm of a clock herself.

LIFE IS SHORT
WORKS
EIN ZIRKEL / A PAIR OF COMPASSES