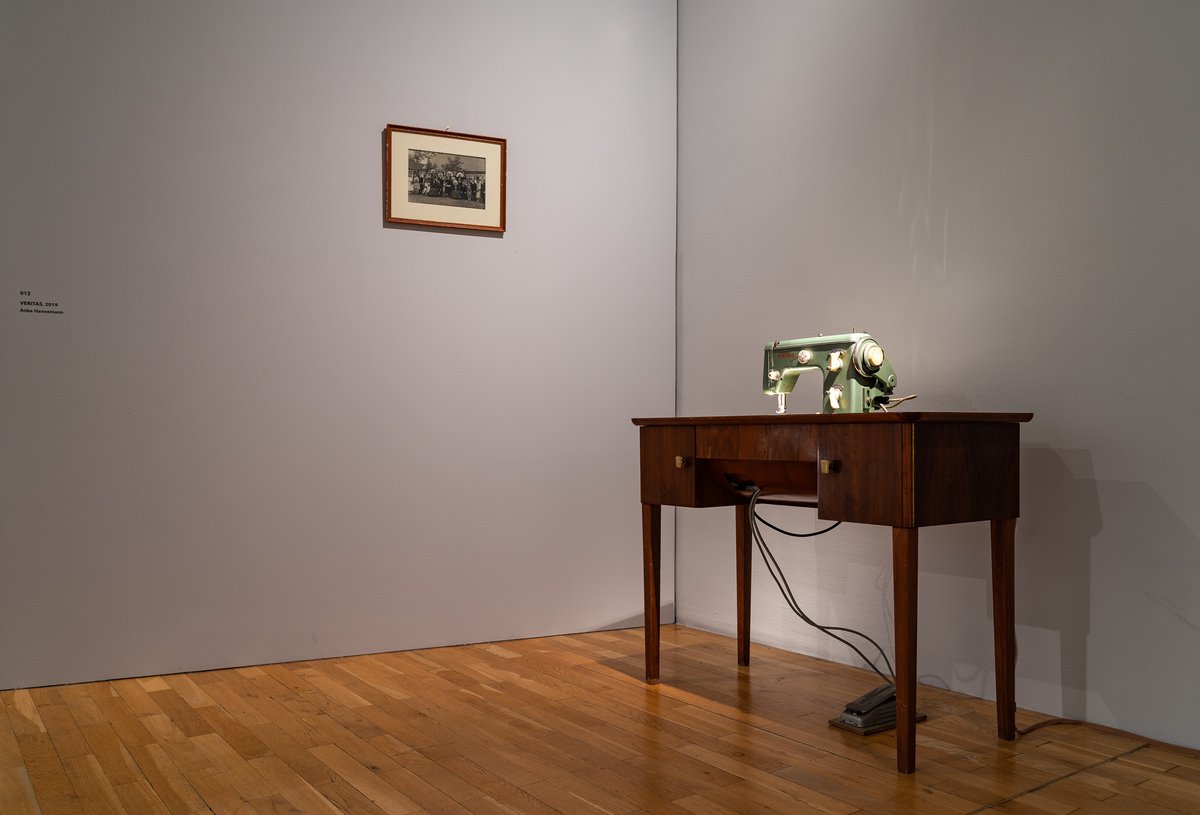 The people and landscapes of the Lutsatia region have been marked by the mining industry which was the most important employer during the GDR area and beyond. The exploitation of resources went hand in hand with the forced relocation of entire villages primarily inhabited by members of the Sorbian minority. Pieces of Sorbian identity and culture disappeared together with over 130 villages over the last 100 years. The artist presents a manipulated VERITAS sewing machine from the formerly state-owned Kombinat VEB Nähmaschinenwerk Wittenberge that automatically saws backwards together with a wedding photograph of her own great-grand parents. The work draws attention to the at times complicated relationship between dress and identity. In the artist’s own family history, traditional Sorbian garments have acted as a tool through which this identity was respectively undressed, thrown away and produced in doll size to make a living over the course of several generations. Switched on without producing anything, the sewing machine points to the cultural void left behind.

BACK AND FORTH
WORKS
DEUTSCHLANDS OFFENE GRENZEN FÜR UNESCO WELTERBE