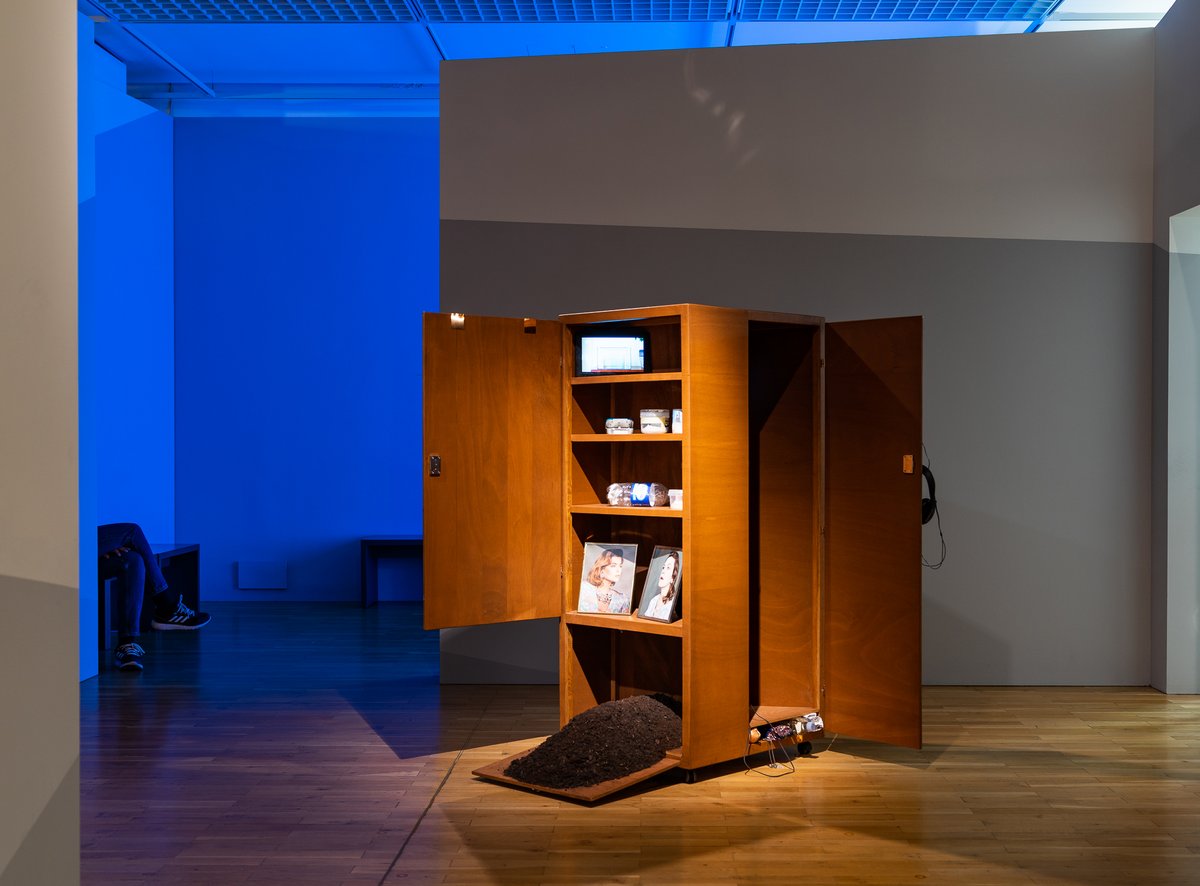 Wardrobes are uncanny. You never know what is lurking inside these monstrous objects, as a closet never reveals what is concealed inside. Heavy Biedermeier cabinets come to mind in particular, as they appear massive and, indeed, are almost symbolic of a conservative, safe period of life and thought.

As an alternative to this bulky and ponderous furniture, the Junggesellenschrank (“Rolling Wardrobe for a Bachelor”) was developed by Josef Pohl, for the exhibition Volkswohnung Bauhaus (“People's Apartment Bauhaus") in Leipzig in 1929. Like many other prototypes from that time, the cabinet was never manufactured on a large scale. Due to the use of affordable materials, workmanship and high functionality, it could have been produced for the masses as early as the beginning of the thirties. However, the political landscape at the time changed, challenging modernist forms and promoting heavy furniture in the living environment as a vague expression of bourgeois ideals instead. This tendency to manifest, possibly empty, visions of security and safety in times of increasing nationalist rhetoric has parallels in contemporary society.

What role does the cabinet play as a weighty relic of the past in the fast-moving and mobile world of today? What social trends, biases and directions does it symbolize? What associations do phrases such as “coming out of the closet” evoke in relation to a bachelor’s cabinet and to contemporary debates which explore deep questions around gender and sexuality?

A group of international artists inhabit this object – a replica of the original wardrobe -  in order to utilize it as an exhibition space. In doing so, they will explore the unusual shape of the exhibition venue as well as its historical and cultural context. By employing particular forms of artistic production they will consider specific obstacles such as spatial and temporal distance.

CLOUD UNLIMITED
WORKS
NOTHING WILL REMAIN THE SAME