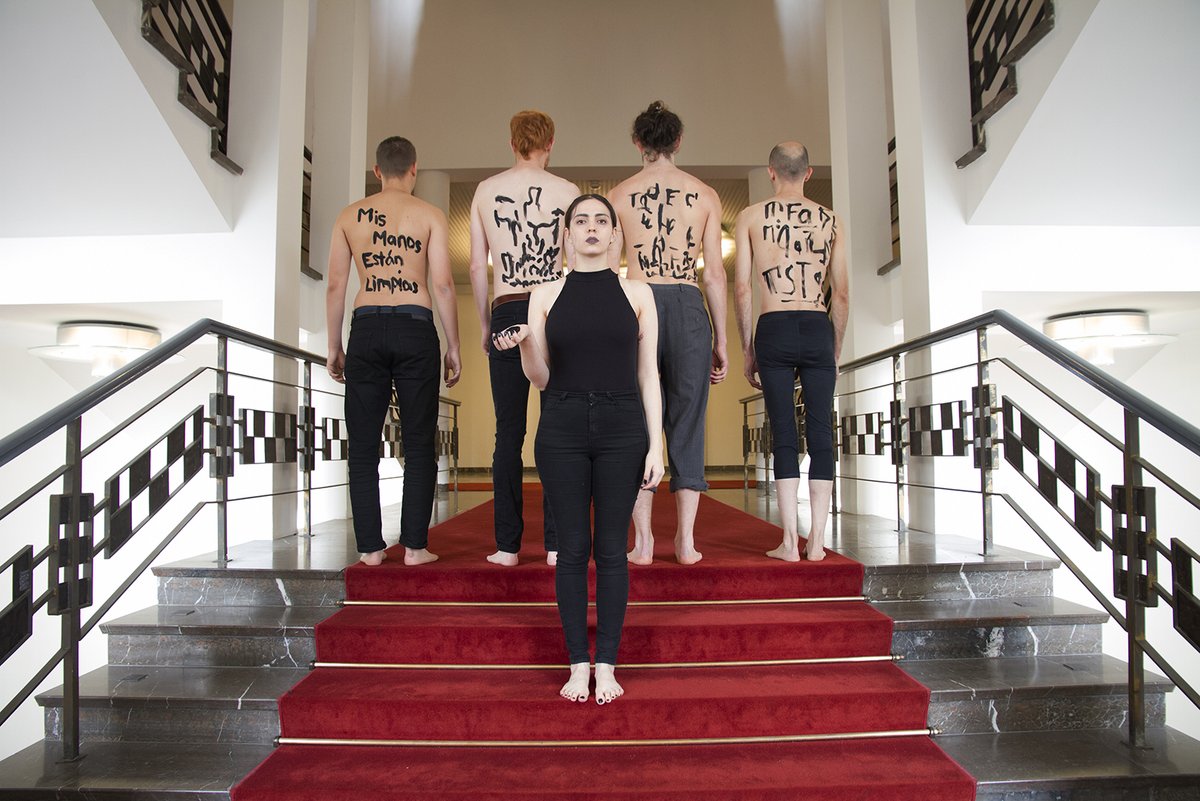 Standing in front of each other the participants draw on the back of the person in front, passing information on like in a game of Chinese Whispers. The transmitted message becomes increasingly indecipherable in the process. The artist comments on mechanisms of power, who gets to tell stories and who is held responsible. Set inside the imposing architecture of Maxim Gorki Theater, which was built based on designs by Schinkel, housed historical figures such as Alexander von Humboldt and Felix Mendelssohn, served as a venue for the Prussian National Assembly and more recently was turned into a model theater during the GDR period, the title statement “my hands are clean” is critically examined by the artist.

BEHIND MY BACK
WORKS
POOL RESONANCE - A MEDITATION-JOURNEY IN SCHWANSEEBAD