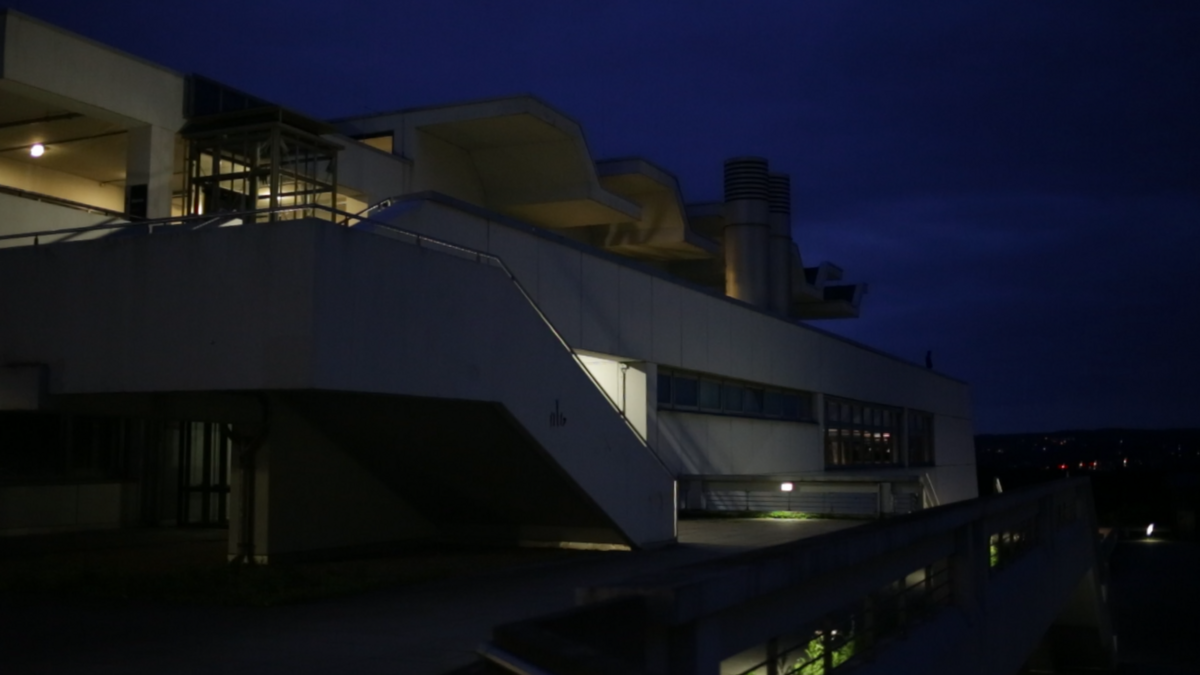 Last Man on Ship is a dystopian sci-fi movie shot on campus of Ruhr-University Bochum over the short period of ten nights. Without a written script, the film developed as a site-specific intervention or response to the brutalist architecture of the place. The film follows a lonesome figure around the setting, lost in emptiness and embraced by the huge architectural frame. Divided into three chapters - Hope, Doom, Void - this post-depression, empty, lonely world is characterized by an absence of reasoning or intelligence. In the face of this, the artists advocate a need for knowledge in the time and spaces of the brute. The film investigates the architectural legacy of the ideas of modernist progress and questions their status in the present moment.