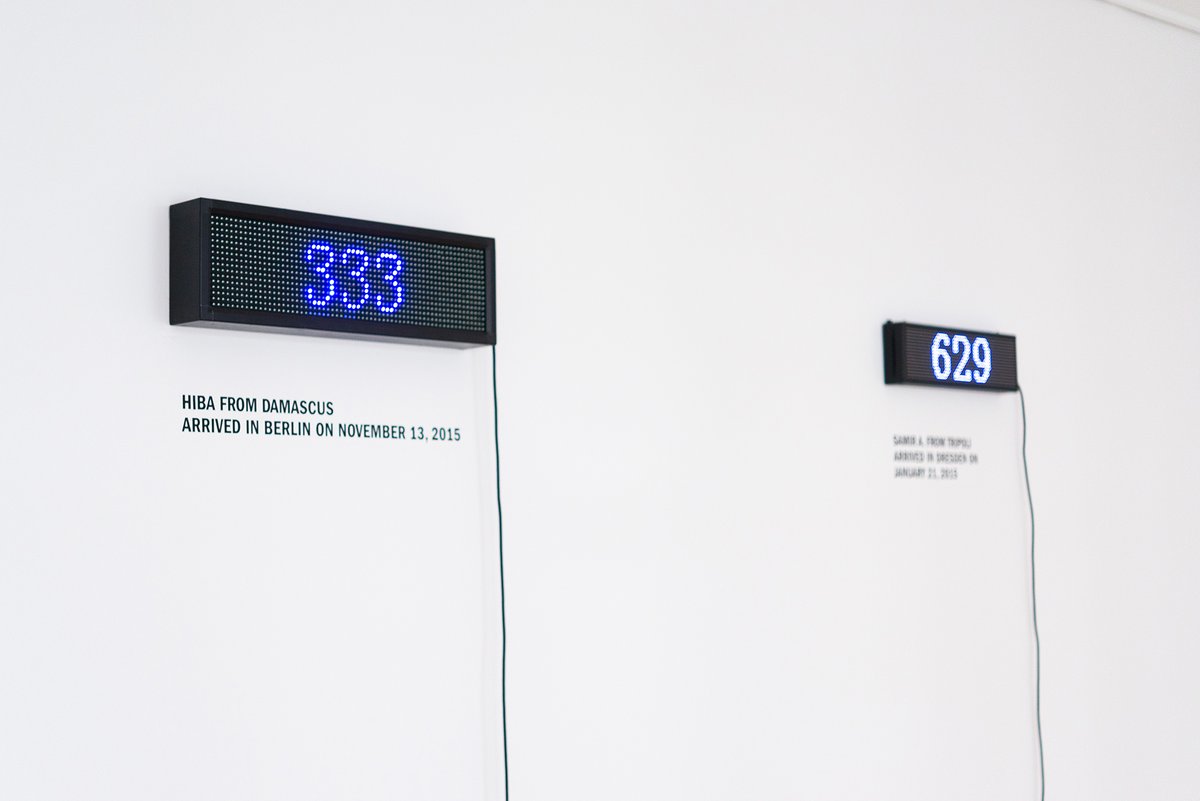 A LED sign tallies the days since November 13, 2015, hours after a young woman from Damascus named Hiba arrived in Berlin and was asked to wait. The artists met her at LAGeSo (The Office for Health and Social Services) hours later. The LED sign stopped its count when Hiba received a decision about her status and moved on to another EU country. A second LED sign was added in Dresden. It tallies the days Samir from Tripoli is waiting for a decision about his asylum application until a decision has been issued. Using simple technologies that can be found in transitional spaces such as airports, bus and railway stations around the globe, the artists investigate the topic of forced migration in the present.

WORKS
BE A NINJA