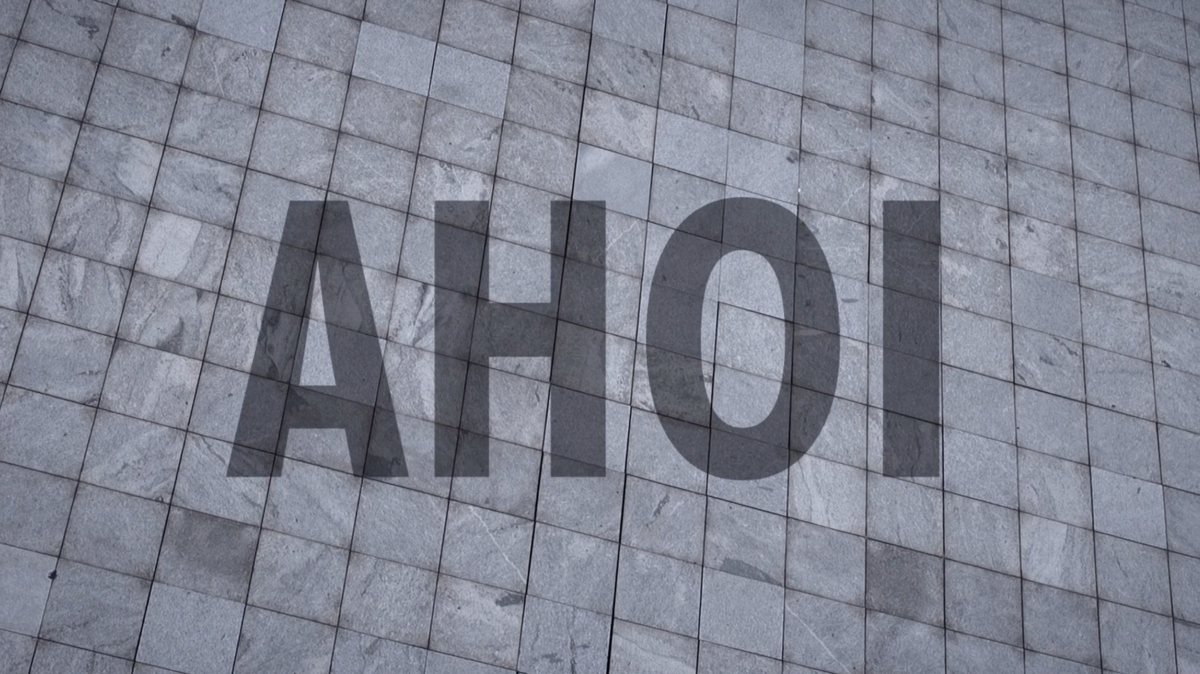 Using red street brooms, a group of people sweeps the concrete surface of the controversial campus of Ruhr-University Bochum. Built in the 1960s as a flagship of education in postwar Germany, the Brutalist architecture of the building has attracted fans and foes alike. Drawing attention to the architectural environment, the artist proposes it as a space of importance for individuals and advocates an appreciation of the Other more generally. Described by the theologian E. Gräßner as an “ocean liner without stern and bow” the performance of sweeping is inspired by the daily cleaning routine on board of a Navy deck. Transposed to the concrete surfaces of the campus, the process borders on absurdity. The artist refers to the never-ending process and to the necessity of conserving the architectural evidence of 1960s and 1970s urban planning as well as its associated social utopian ideals.

* ‘Ahoy’ stems from the seafaring world, used to catch the attention of other crew members, as a greeting, a warning, or a farewell.